We partner with the community to enhance self-sufficiency while ensuring that safety and basic human needs are met for the people of San Luis Obispo County. 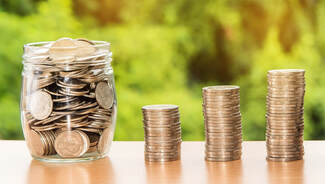 Each year, about 650 community members meet their basic needs through the County’s General Assistance program, while they pursue employment or long-term disability benefits. This year, the program received its first major update in 25 years.

In November 2018, the County Board of Supervisors adopted updated guidelines for the County’s General Assistance program, which is a program of last-resort to support indigent County residents who have no other available means of meeting their basic needs.

This program has not been significantly updated since it was established in San Luis Obispo County in February 1993.However, Federal laws have changed the requirements for other programs administered by the County Department of Social Services.

The County worked with advocates to update General Assistance program requirements to be in line with Federal guidelines and to reflect the needs of our community. The major program changes were:
Now, the County's General Assistance program more closely aligns with Federal and State guidelines, focuses on clients, and increases support to this highly vulnerable population.

​These changes support the County's goals of ensuring that all people in our community enjoy healthy, successful and productive lives, and have access to basic necessities.
SLO County Homeless Numbers Rise 32 Percent in 2019 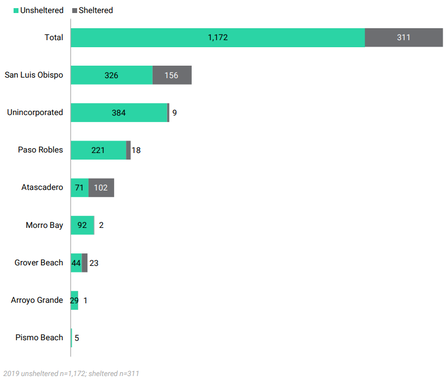 The number of homeless persons counted in San Luis Obispo County on a single day in 2019 increased by nearly 32 percent compared to 2017 numbers, according to a report released by the County Department of Social Services.

“We expected some increase, because heavy rains in 2017 would have caused more people to seek shelter rather than remain in riverbeds and other waterways where they normally would have stayed,” said County Homeless Services Coordinator Laurel Weir. “Local agencies also reported an average increase in the number of homeless persons seeking assistance. Many similar communities across California are also seeing a rise in homelessness.”

Regions that receive Federal Continuum-of-Care funds, like the County of San Luis Obispo, are required to conduct a census of their homeless populations every two years. The County conducts its local homeless census in a single, 24-hour period at the end of every other January. This year’s census took place between January 27 and January 28, 2019. The census is intended to provide a snapshot of the population in a single point in time that allows the County to measure trends in homelessness over time. Key findings from this year’s report include:
Weir said that, though not in the report, local sites where people first look for homeless assistance reported an average 16 percent increase in the monthly number of homeless persons seeking assistance in the first half of 2019, compared to the end of 2017, when the data was first made available.

A separate report released this year by the National Low Income Housing Coalition found that the fair market rent for a two-bedroom apartment in SLO County increased by 17.8 percent from 2017 to 2019, whereas the average hourly wage for renters increased by only 9.2 percent.

“Rising rents may have played a role in the local increase in homelessness, because increased rental housing costs extend the time people experience homelessness by making it harder to find housing,” Weir said. “Data from local emergency shelters indicate that the length of time people remained in shelters increased from 2017 to 2018.”

There are currently only two year-round emergency shelters in SLO County: the ECHO shelter in Atascadero and the 40 Prado facility in San Luis Obispo. Their combined capacity is about 150 beds. In April 2019, the County Board of Supervisors approved funding to expand the ECHO shelter by an additional 10 beds and to build a warming center in Paso Robles that will create emergency beds during the winter.

The 2019 San Luis Obispo County Homeless Census and Survey Report can be found at www.slocounty.ca.gov. 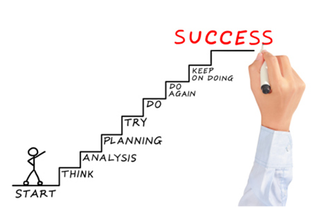 With the growing difficulty in attracting and retaining talented staff in a competitive market, combined with the upcoming anticipated “silver tsunami” of retirees, the Department of Social Services recognized the need to grow talent from within.

The department decided to focus on developing expertise and expanding leadership opportunities to build workforce skills and provide a high level of professional service to the community through its inaugural Leadership Engagement Action and Development (LEAD) Mentoring program in July 2018.

This program matched 11 mentees with mentor leaders throughout the department and provided training to the mentors, several tools to help the mentor/mentee pairs create personal development plans, targeted trainings designed around the needs of participants in this cohort, and opportunities to open doors for the leaders of tomorrow.

“My participation in the LEAD mentoring program was a very rewarding experience. I gained valuable insight, constructive criticism, and exposure within the department that has helped me improve my skill set,” said Thomas Villegas, one of the mentees in the program.

Several participants later applied for and earned promotions within the department.

Staff morale and employee retention are top priorities for department leaders, and this program gives staff the opportunity to grow their skills at very little cost to the County.

Additionally both the mentors and the mentees benefit. Mentors gain skills in coaching staff and have access to training and coaching for mentors, while mentees get the opportunity to shadow leaders within the County and develop their professional skills and interests through both in-person training and suggested reading materials.

One of the most popular offerings in this program was a training on interview skills that pushed participants past standard interview prep strategies and provided opportunities to mock interview with executives and leaders.  Many participants commented how valuable this was to them and how much they learned from this experience.

The number of participants has already doubled, at 22 mentor-mentee pairs, for the next round of the mentoring program, which launched in March 2019.

This incredible growth underscores the value staff saw in this program.