​The County replaced over 3,300 phones in over 160 locations in just under nine months. 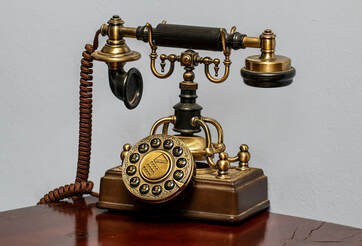 Last year, the County Information Technology Department replaced the County’s phone system, undertaking a large-scale project that will save the County an estimated $2.5 million over 10 years.

County departments can now leverage and integrate this new communications system into current and future business systems and processes. At the same time, first responders will now be able to identify the physical address of those who place emergency 911 calls from the County’s phone system.

Prior to this change, the County spent over $1 million per year on an AT&T legacy telephone system that  AT&T announced it would replace with newer technology beginning in January 2020.

With this announcement, the County’s Information Technology Department sprang into action by comparing new technologies and potential implementation options. The technology chosen is known as Voice over Internet Protocol (VoIP), which uses digital data packets that traverse the County network for internal calls, and to and from outside external entities over a private AT&T fiber connection. This meant new technology, new equipment, much more functionality, and savings estimated at $400,000 annually after implementation costs are recovered. This means the County will realize over $2.5 million in savings over 10 years.

The first step was to build the business case in order to prioritize, properly fund, and staff the project according to the information technology governance process.

What are the benefits?
Beyond costs, the switch brings many other benefits including:
​The County’s Technology Steering Committee approved the business case in October 2016. The Board of Supervisors approved and funded the project during the 2017-18 annual budget cycle. 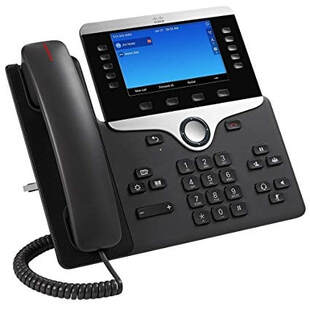 ​A Request for Proposal was released in January 2018, and the final contract was awarded to AT&T Consulting and approved by the Board of Supervisors in May 2018. And yes, AT&T was selected to help move away from their own legacy phone system!

The project began in June 2018 a pilot migration within the County’s Information Technology Department, which allowed the team to learn and document how to use the new phones and get the most out of the new system.

Once comfortable, the County Information Technology Department migrated the remaining departments in two phases:
That’s correct: The County replaced over 3,300 phones in over 160 locations in just under nine months.
​
The project completed in May 2019, two months ahead of schedule, and just under budget at a total cost of about $2.4 million.  ​